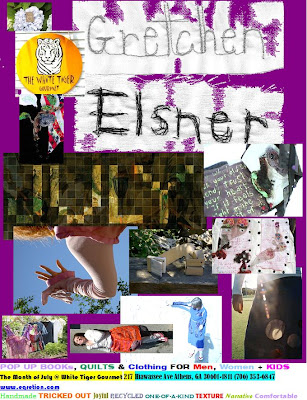 The month of June was spent not working on the TRLR, but sewing new work which is now visiting The White Tiger Gourmet, a restaurant on Hiawasee St. here in Athens for the month of July. Check out the ad in the Athens Secret Admirer for a 15% off coupon... and check back next week here for pictures of the installation by Steven Trimmer. 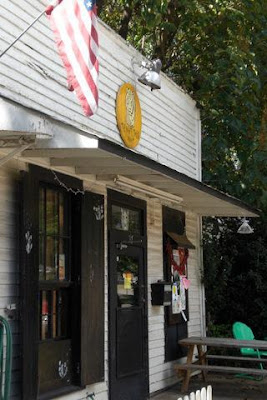 In the past month Scott has re-built and installed the second door, and I wen to British Columbia to spend a week and a half with my son. e went on two field trips with his class, and I spent an afternoon sewing their "Ugly Dolls" with them, I went to Nanaimo to see my friend Allie and her beautiful little daughter Verity, 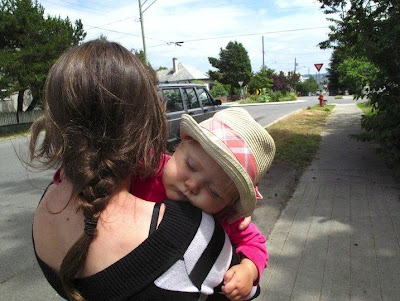 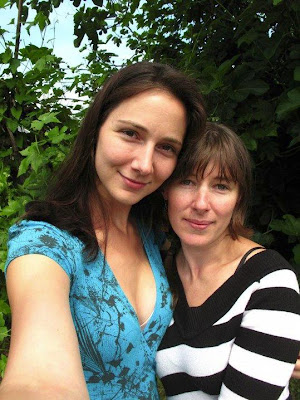 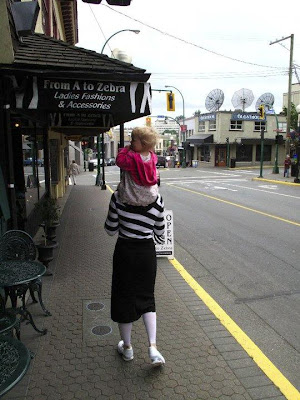 I went back to Gambier island to see the house I used to live in there, and visit with Alice and Sylvia. Sylvia has always been really quiet, but I was wearing magenta tights, and she took to me like a duck to water, and we spent the afternoon playing. She asked me, while we were sitting together ton the dock. what kind of spirit I was, and what spirit was. I told her that spirit was the power given to each thing that is the gift of it's life and movement and change, and I that I had a happy, healthy and strong spirit. She told me she was a star spirit. It was the high light of the trip. 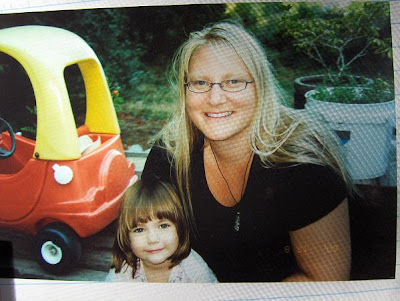 and my dear, beautiful friend Ann. 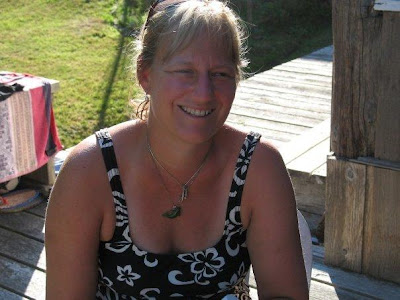 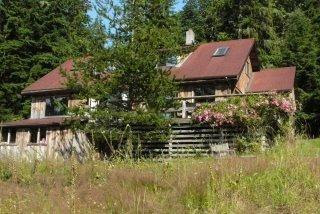 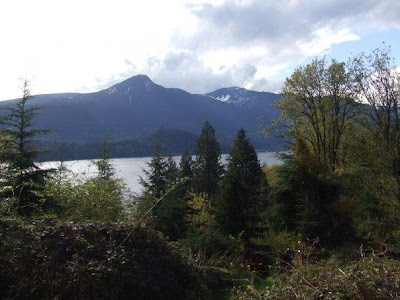 The other little piece of new from June was that Blacksmith Bill served me with paper for a libel suit against me for the previous blog post. After having spent many hours at the law library in the court house, and learning a lot about both Georgia libel and slander laws, and also civil battery laws before I left, I decided to wait and deal with the issue when I got back from Canada. I will be filing my response and counterclaim with in the next week.

Next project to work on for the TRLR is building the nose ferring that will hold the water jugs, four 5 gallon jugs that will gravity feed the kitchen sink! My son Julian is here with us for the summer,. so he will be here to "over-see" the work.
Posted by Gretchen Elsner at 6:55 AM