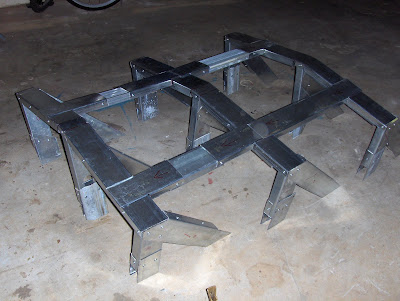 building the nose furring that will jut out from the front of the TRLR and house four 5 gallon re use-able water jugs.. to gravity feed the kitchen sink. Scott had the brilliant idea to mount padded toilet seats on the shelves to hold the jugs and also keep them from knocking around too much. At present count we have two toilet seats and one jug. 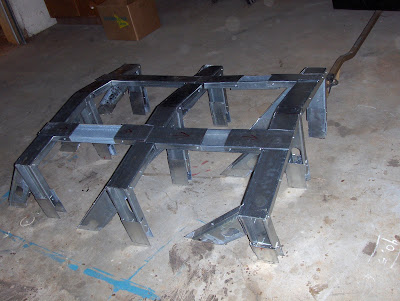 It's hard to see from the pictures, but it is slightly rounded.

And here it is all installed. It was really a bear to get the top one up. I strained all my muscles, legs and arms.. and have been sore for two days. that's how you get bigger muscles though! Scott did the bottom two. 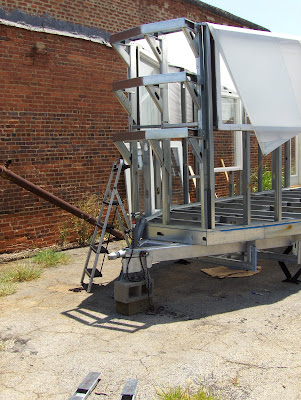 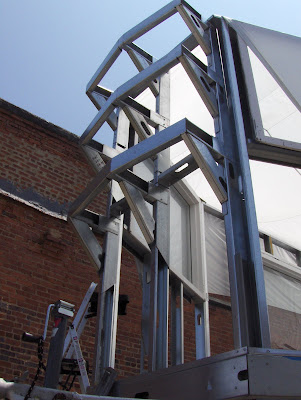 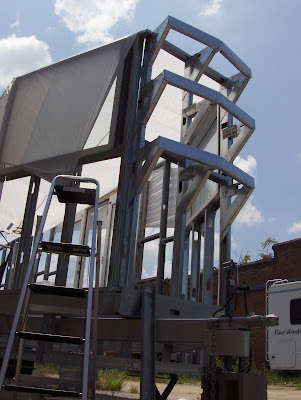 Here is the full assembly, all complete: with one of the four toilet seats + water jug combos. 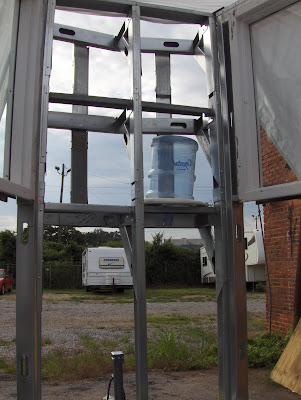 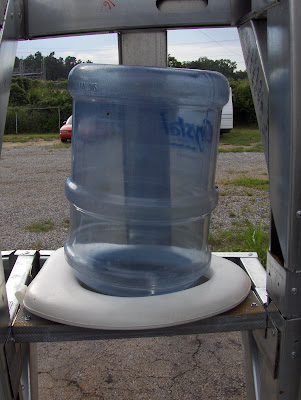 Posted by Gretchen Elsner at 6:41 PM