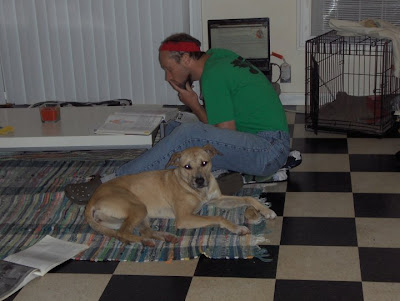 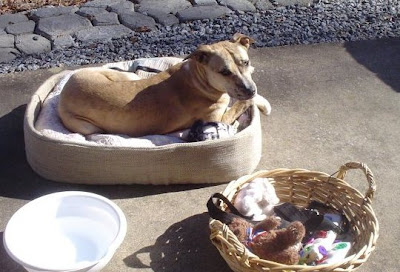 We have a frustratingly sad piece of news!
I went back to Athens to take a photograph for Young, Foxy and Free magazine, and on the afternoon of March 12th Coco-Rosie went off exploring!! A lady in the neighborhood found her, tied her up and removed her tag to take it inside and call me, and while in progress Coco escaped again. She was found by another neighbor, not even two blocks from Scott's apartment, who called the Circle of Friends Animal Society number, they came and picked her and and amongst themselves made a unilateral decision to re-possess her, the boyfriend of her foster mother was given Coco as a birthday present because, according to the director, she was going to adopt Coco before I came along and adopted her! They have been totally unwilling to even meet and talk about the issue, will not let me see my dog, and will not relent in their assertion that "she is better off with them". I have been trying to call and make arrangements to meet with them at their usual adoption site in Athens, and I went there this past weekend, to find the Oconee County Animal Rescue there instead, who helped me get the director who won't return or answer my calls on the phone. She told me to stop harassing her. I believe we will be filing a civil suit this coming week.
Posted by Gretchen Elsner at 1:04 PM